The Turf Drain Siphon System is the first system that allows you to install drainage without grading the pipe. Siphons are ideal for coastal properties such as Palm Beach C.C., which sits on some of the most exclusive seaside property in the country.

Matt, who originally hails from Australia, is looking forward to a long tenure at the club. Matt was familiar with the Turf Drain Siphon System from his days on the Carolina coast. He also knew that finishing the installation of the Turf Drain Siphon System was one of the most important things he could do to make his renovation a success. Matt finished the plan by adding systems to 3 new holes, as well as upgrading the existing systems with new automatic flushes and more capacity, as well as extending the systems into new areas.

Matt says, “The new larger capacity siphons are great. The system just gives us a much firmer fairway than you can get with a conventional system. If you have a coastal property, you owe it to yourself to look at this system.” 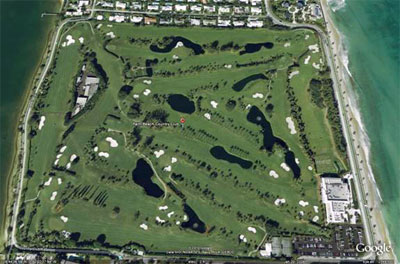