The Roaring Fork Club, a private golf and fly fishing club, is located just down valley from Aspen in one of the most beautiful natural settings in America. It is home to a Jack Nicklaus Signature course that plays along the Roaring Fork River. 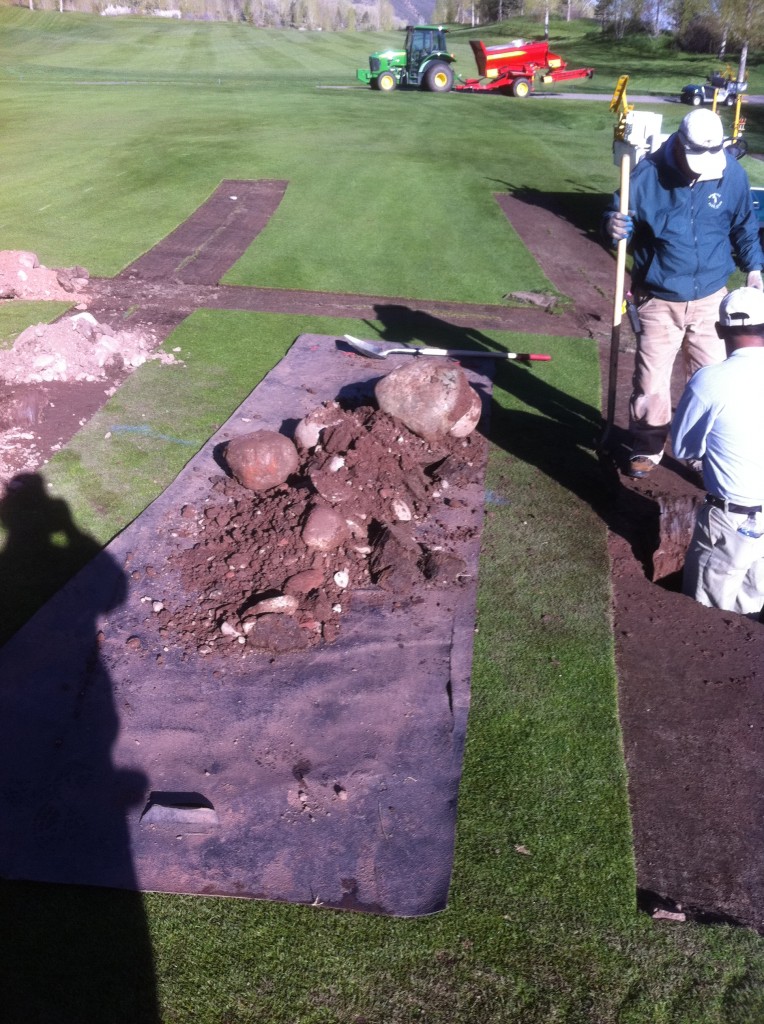 As you can imagine, the winter snowfalls can be a real challenge for long time superintendent Matt Brewer to deal with in the spring. Matt turned to Turf Drainage Co. of America to help him with his most difficult areas. A strategic plan was done in 2010 to give the club a realistic appraisal of the overall cost of the project.

Next, the club decided which holes were the worst, and embarked on the first phase of construction. Because Matt had the ability to bring in some additional seasonal employees earlier than usual, he chose to have Turf Drainage Company of the West supply a construction superintendent and two operators to work with his crew.

Matt says, “In my case, we wanted to use as many of our assets as possible to keep the cost down. It worked out great. They gave us exactly what we needed for our project.”

The project involved the installation of some Mini IDPs to pump some areas that caused standing water during heavy rains and snow melt. The pumps saved thousands over the cost of installing new large gravity lines. As you can see by the attached photos, grading pipe through the mountains is no easy chore. The river rock is plentiful and close to the surface.

If we would have used traditional methods and had to grade the pipe, we would have had to put in hundreds more feet of pipe through rock. It would have cost us 10x as much as using the IDPs…”

Matt continues, “The pumps allowed us to actively move water and relieve some low collection areas. If we would have used traditional methods and had to grade the pipe, we would have had to put in hundreds more feet of pipe through rock. It would have cost us 10x as much as using the IDPs.”

Matt concludes by saying, “We are very pleased with the final product and the ability to move water to keep the course playing in top condition for our Members and Guests.”