Valhalla Golf Club in Louisville, site of the U.S. victory in the 2008 Ryder Cup, will reopen on September 1, 2011 after major renovations. Nicklaus Design was brought in to oversee design changes to the layout that was originally opened in 1986. In addition to reconstructing all of the greens, the renovation included the practice range and a new state-of-the-art HDPE irrigation system (designed by Tony Altum; installed by Leibold Irrigation). 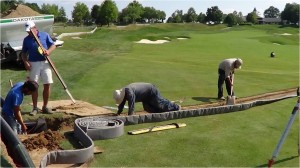 A master drainage plan that was designed by Turf Drainage Co. of America was designed with the objective of having the fairways perform at a level comparable to sand capping the golf course. The TDA system, however, did not require the movement of any dirt or a grow-in after the system was installed. 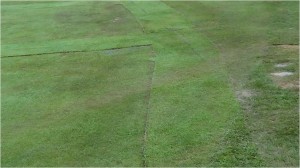 Sod replaced on number 9 fairway at Valhalla, a day after the completion of drainage installation